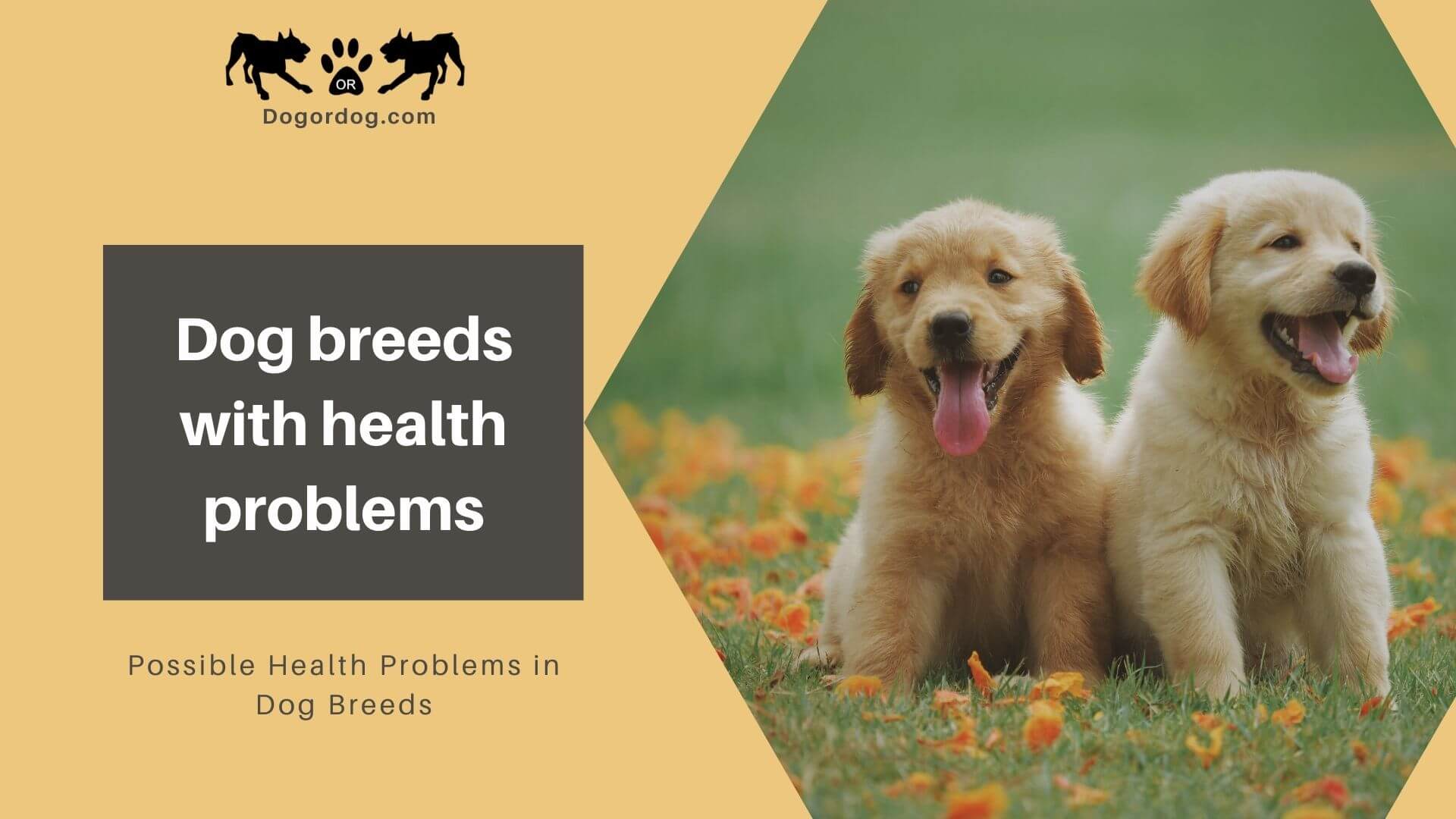 Each dog breed is unique. Unique in size, personality, and health. Different breeds of dogs also have unique predispositions to certain ailments, and it’s important to know when choosing a four-legged companion, which breeds are known for certain health issues.

While it’s not 100% sure they will develop these health issues, it’s good to know their association for certain problems so you can do something to counteract what could occur in your dog’s future.

Just like your DNA affects your health, it also affects dogs the same way. You can test your dog's DNA for over 170 genetic health conditions.

And so without further delay, here are 15 of the most common dog breeds and their possible health problems: 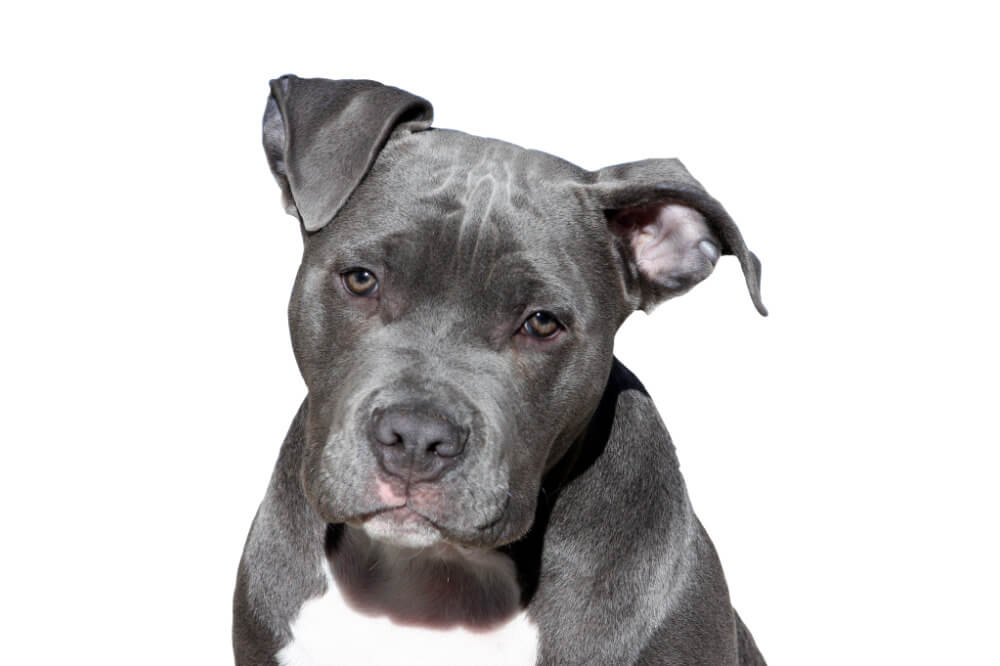 The American Pit Bull is extremely protective of its owner and makes for great companions when they are socialized and trained well early on.

Their possible health issues include hip dysplasia, which leads to arthritis, stiffness, and difficulty in movement. 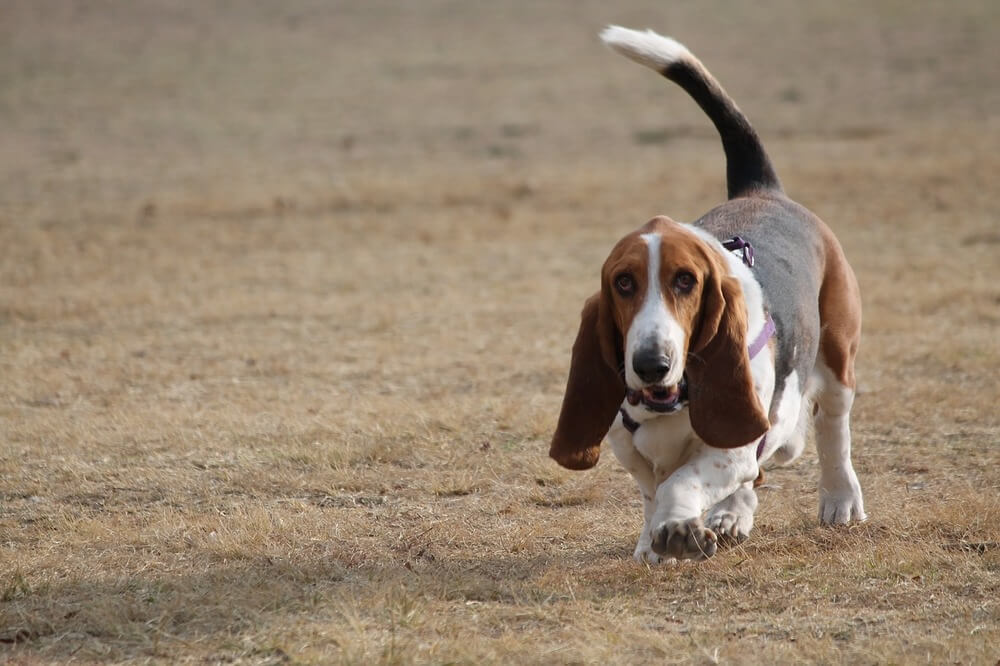 These gentle canines are recognized for their big, heavy bodies, and short legs. They’re great for hunting and tracking.

They also have droopy ears and sad-sack eyes. Their endearing qualities also make them a high risk for certain conditions, such as ear infections, and their droopy skin interfering with their vision.

Among their possible health issues include elbow dysplasia, patellar luxation due to their tendency to become overweight, glaucoma, and von Willebrand’s Disease. 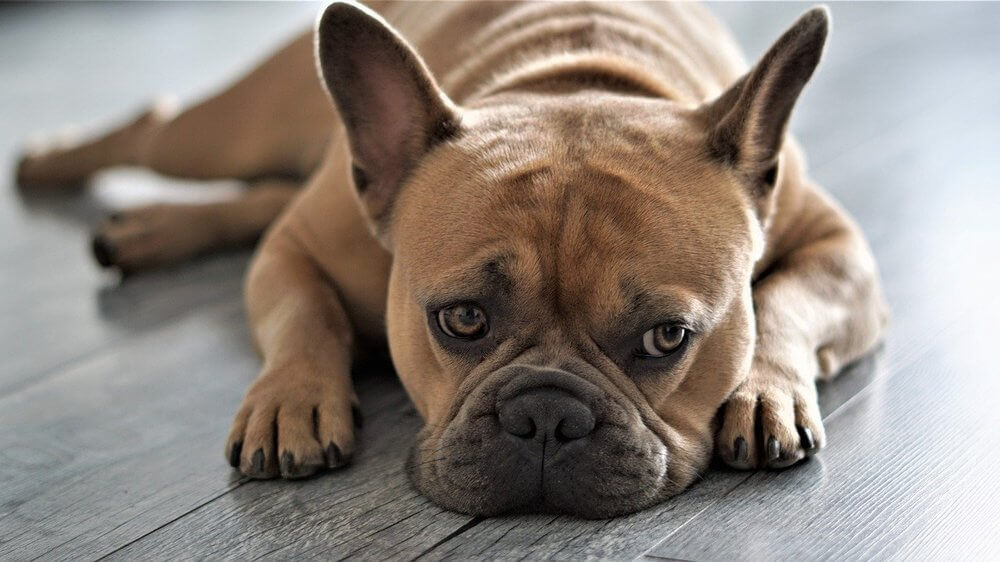 Bulldogs have a short palate and a small nose, because of this it makes it hard for them to pant efficiently when they’re placed in a hot and humid environment. Their predisposition to overheating makes them vulnerable to acquiring disease in warm climates. 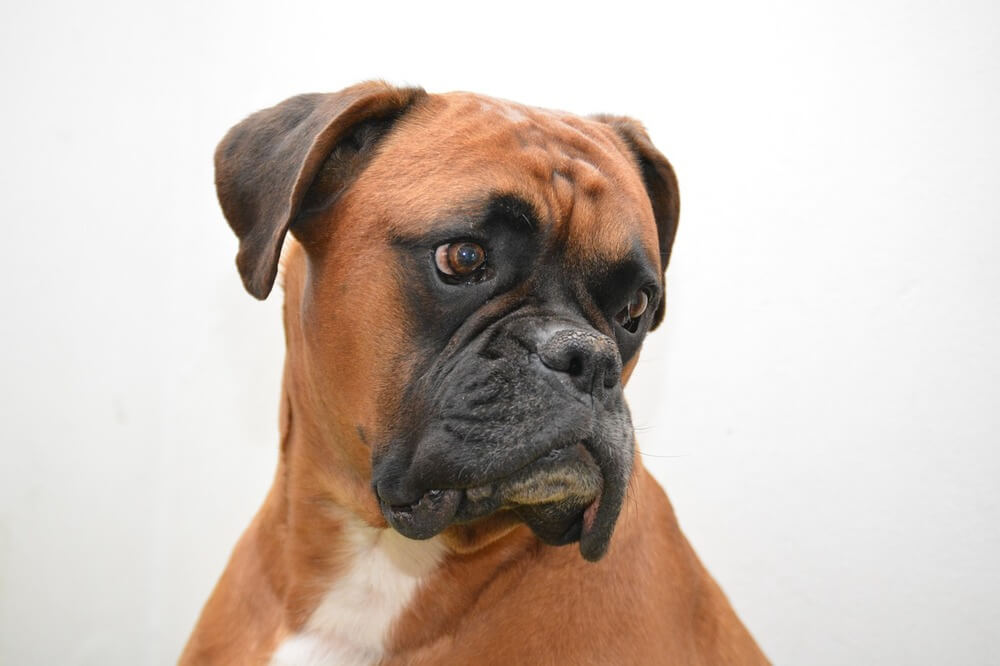 Boxers are highly athletic and loyal. They are most prone to gastric-dilation-volvulus (GDV) or otherwise known as bloat in dogs. This condition could be life-threatning in large breeds and could lead to low blood pressure and shock.

You can avoid this by serving several small meals per day to your dog, rahter than one big meal. Other problems they could develop include heart and thyroid problems, skin allergies, and cancer.

Related:  What To Do When Your Dog Has Diarrhea? 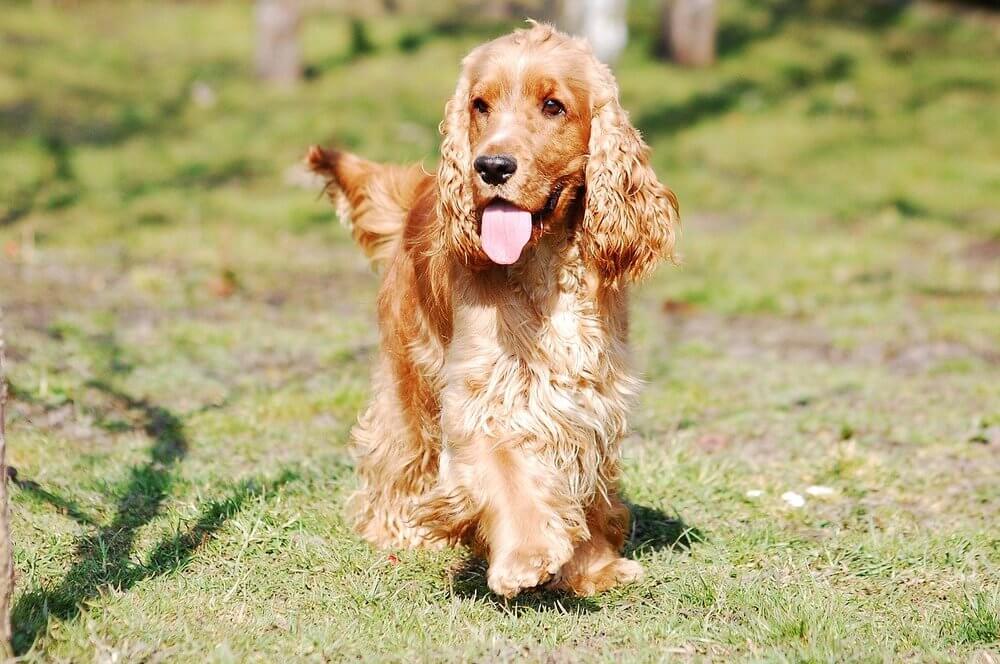 Cocker Spaniels are known for their beautiful, flowy caot. However, it comes at a price. They need frequent bathing and brushing to keep their hair from tanlges.

They are susceptible to eye disorders such as glaucoma and cataract, as well as liver (Liver support remedy) and heart disease. 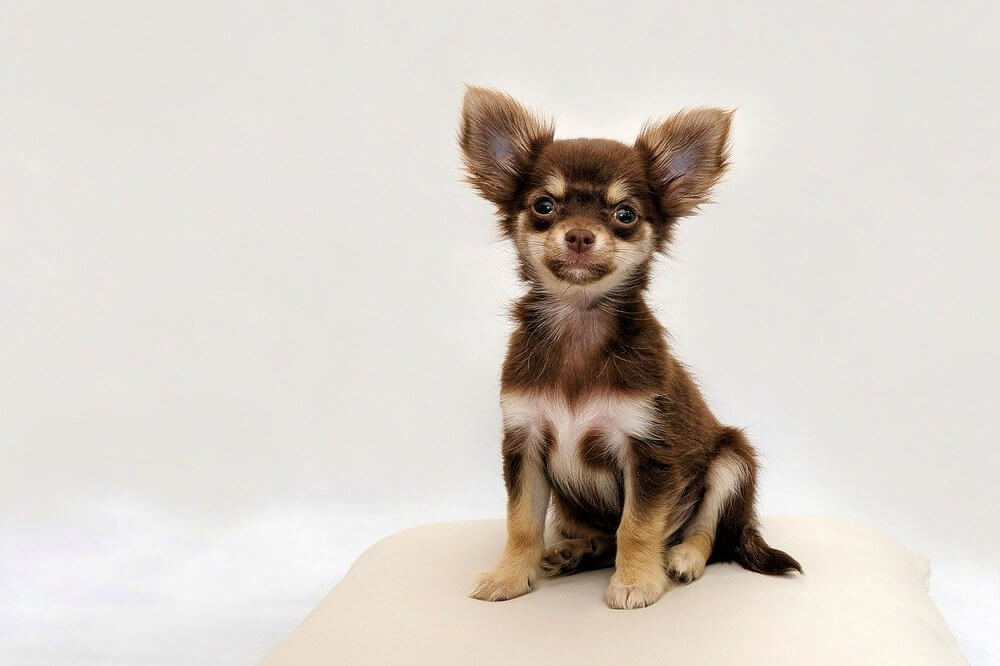 These tiny dogs are known for their bundle of energy as well as longer lives, with their average mortality age being 12 to 15 years old. Chihuahuas are known to be vulneable to cardiac and eye disease, as well as patellar luxation, known to lead to arthritis. 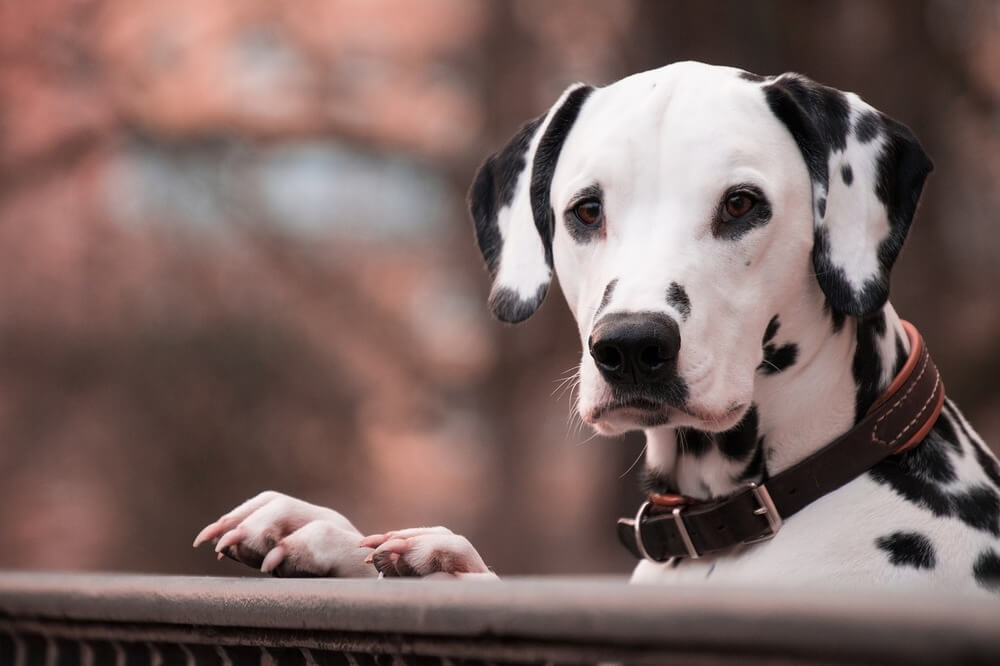 Dalmatians are famous for being associated with firemen, and they’re gentle, patient, and hardy. The gene that gives them their black and white spots is linked to deafness, so it’s very common for puppies and older Dalmations to suffer from loss of hearing. They do, however, can learn American sign language.

They’re also prone to a condition called urolithiasis, which is kidney or bladder stones. This can be relieved through a speical diet or with surgery. 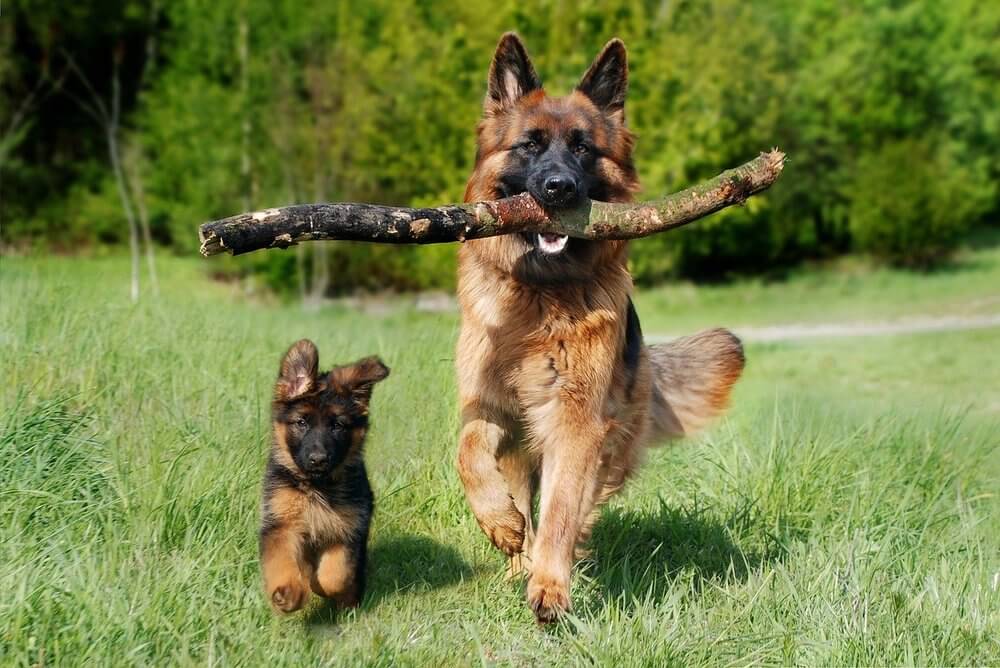 The German Shepherd is one of America’s most favorite dog breeds. They are exceptionally intelligent and easily trained and excel as being guard dogs. They require a lot of exercise and stimulation to be happy and enjoy overall health.

German Shepherds are prone to hip dysplasia, and Degenerative Myelopathy, which is a disease known to have no treatment that results to progressive paralysis. Overbreeding is said to have caused this susceptibility in this dog breed. 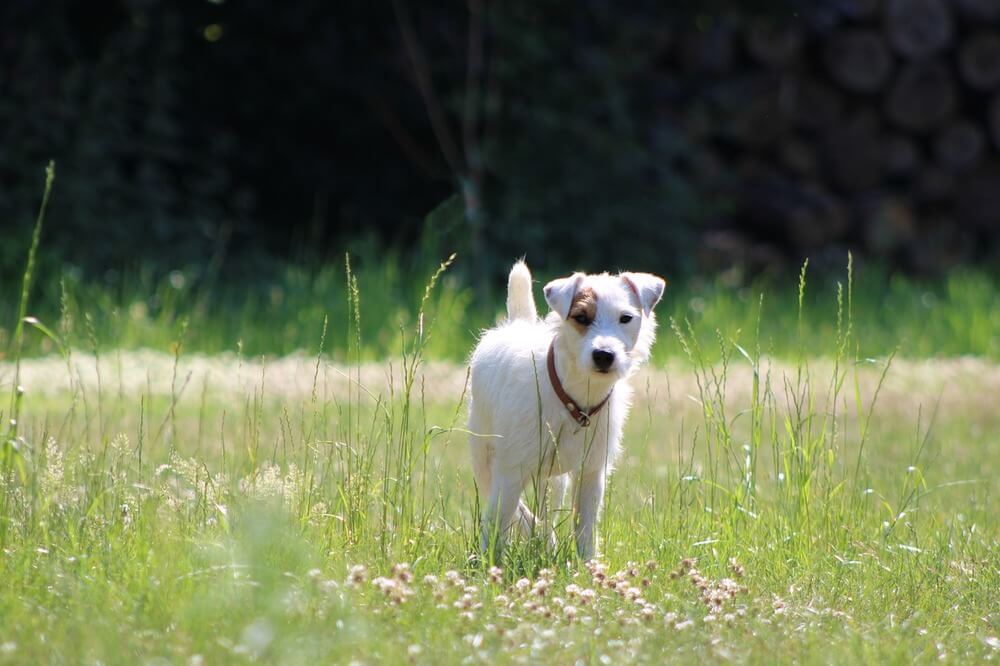 Their health issues could include lens luxation, which could lead to loss of vision. 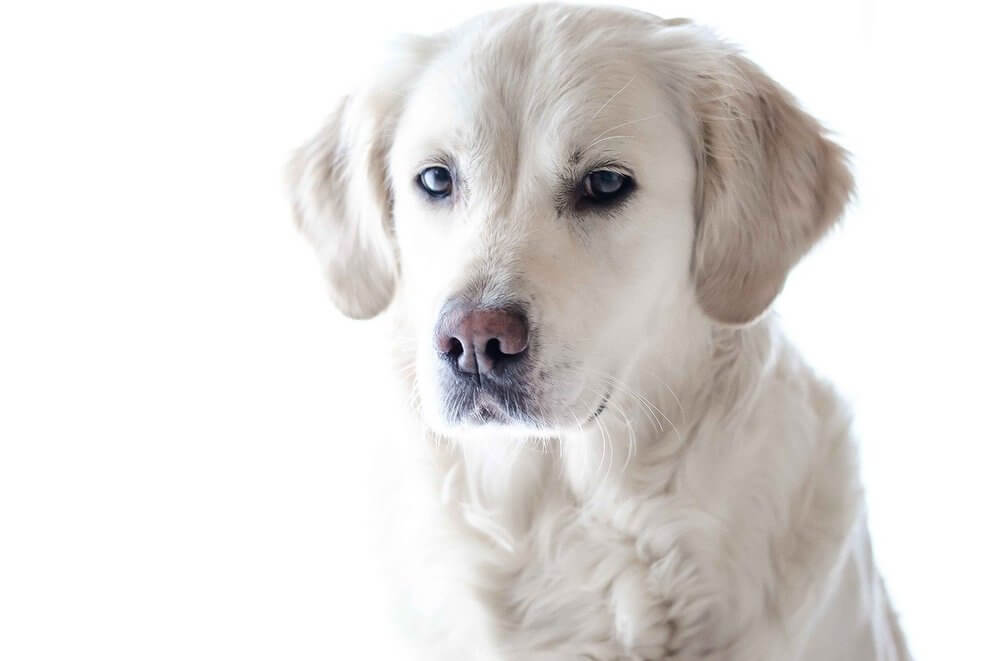 The Labrador Retriever is America’s favorite dog breed and they are perfect family dogs. They are loyal, playful, gentle, and highly intelligent. They also have an affectionate nature that makes them great for small children.

The Lab is prone to being overweight if they are under-exercised. Their obesity could lead to joint disease, and hip and elbow dysplasia. They are also prone to eye disorders such as progressive retinal atrophy, which could cause blindness. 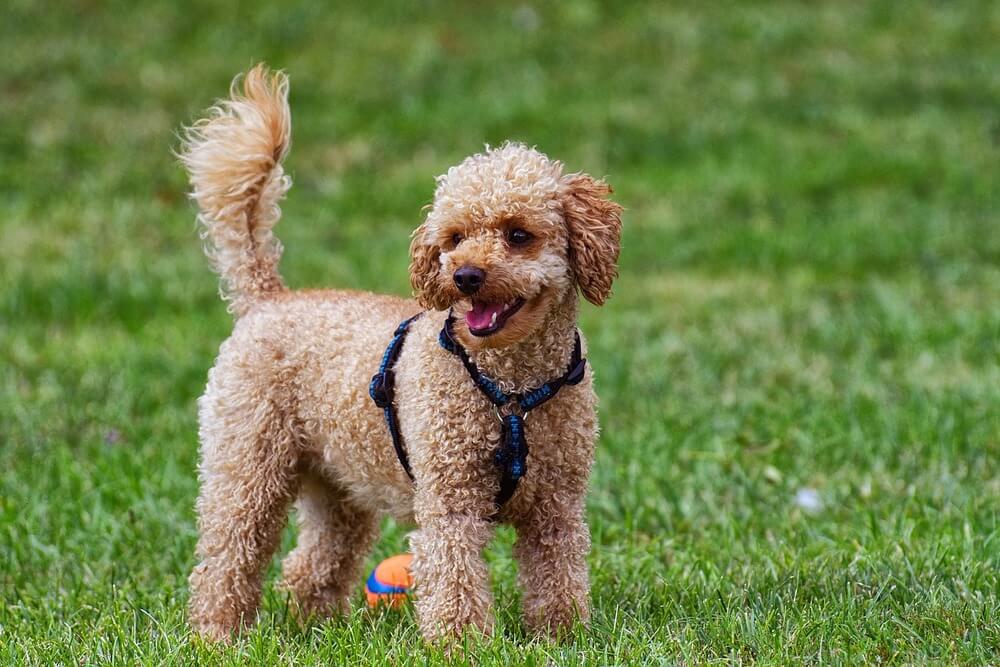 Poodles are known for their beautiful, thick, and curly fur. They are compassionate, intelligent, and excel at agility dog-sports activities. They are also known for having long lives, with some reaching up to 18 years of age.

However, they are prone to a number of possible health issues, such as epilepsy, bloat, hip dysplasia, progressive retinal atrophy, and glaucoma. 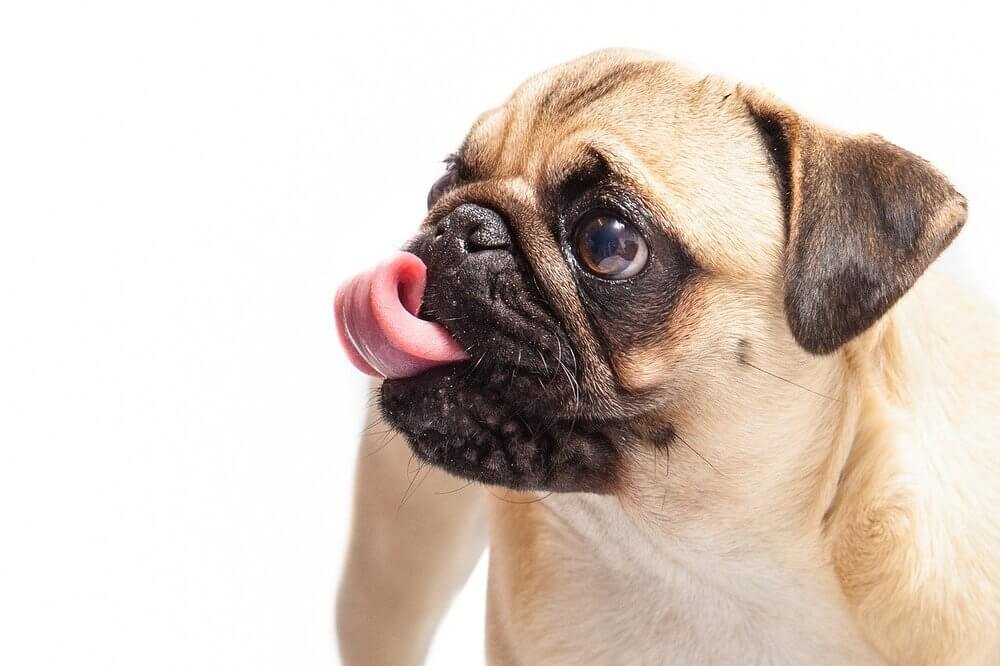 Pugs are generally known for being a healthy breed. They are known or their flat, pushed-in face, which is part of their charm.

But their features are also the causes of certain health problems. Their pushed-in face could cause breathing problems, snoring, and difficulty breathing in hot and humid weather.

They also need to be exercised often because they have a tendency to become overweight. 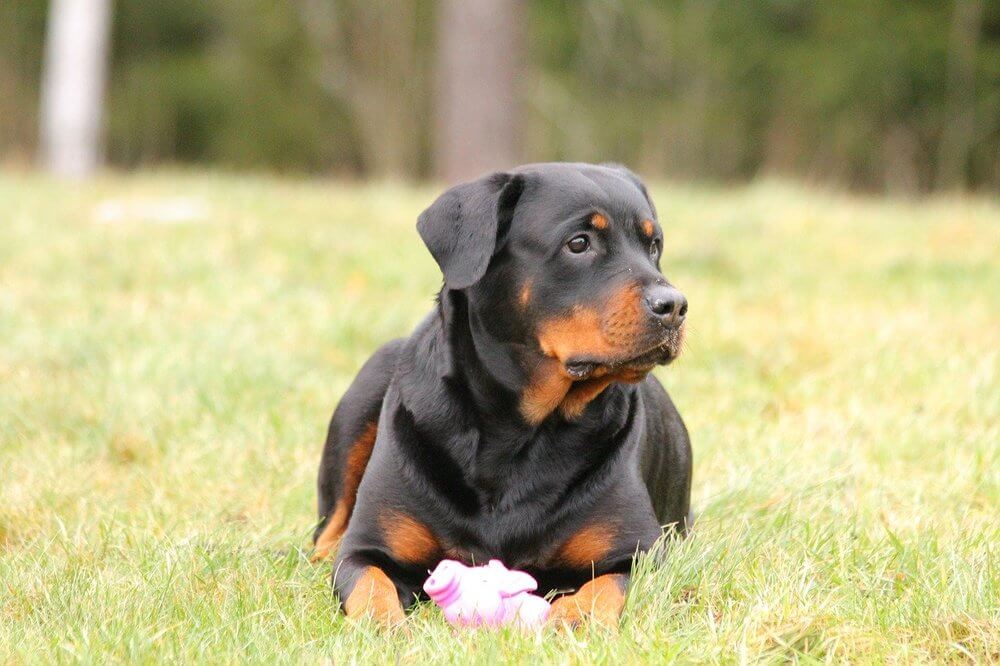 The rottweiler is a loyal and great protector of the household. Because they are a large breed of dog, they are prone to subvalvular aortic stenosis, which is a heart condition that could lead to a heart attack if undetected. Several tests can be done, however, to diagnose the condition.

Rottweilers are also prone to cataracts, and hip and elbow dysplasia. 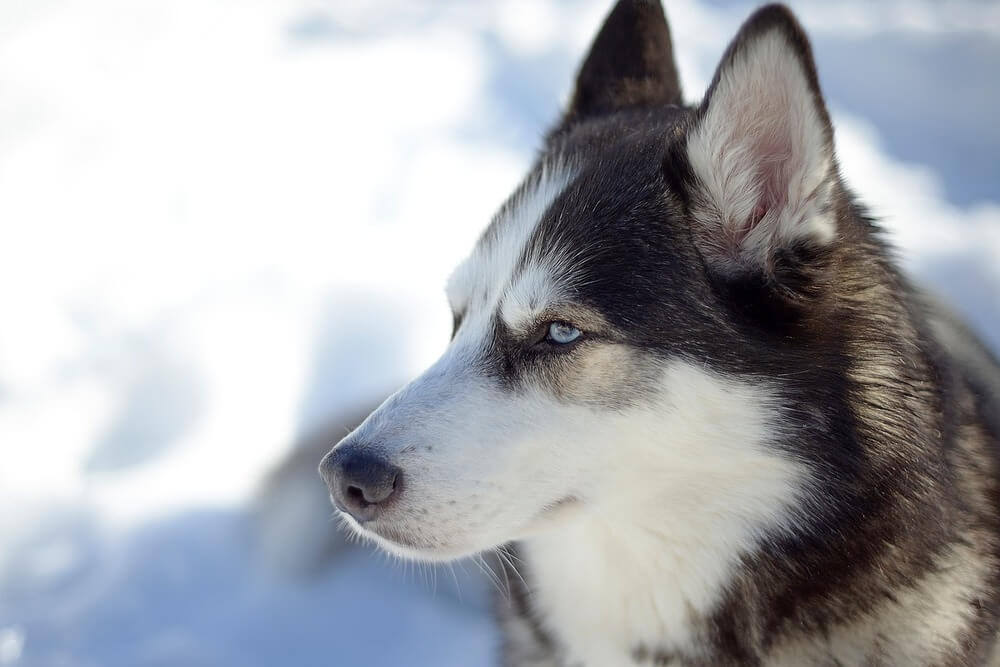 The Siberian Husky is renowned for their blue eyes and gorgeous coats. Among their possible health issues include Uveodermatologic Syndrome, which is an autoimmune disorder that affects the skin and eyes. When they have this disease, there’s a loss of skin pigment on their footpads, lips, snout, and eyelids.

They are also known to be vulnerable to inflammation of the uvea, which is the pigment in the interior eyes. 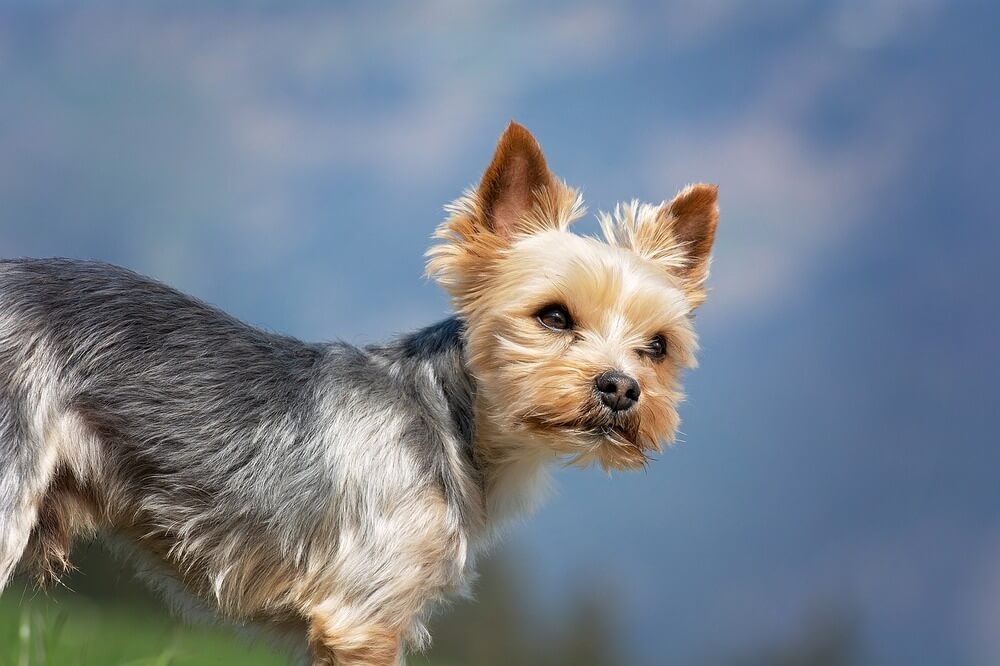 Yorkies are another one of America’s most favorite dogs. They are known for their big personalities in an undersized package. They are prone to digestive problems so it’s best that you carefully monitor their diets frequently.

They are also prone to tracheal collapse, and portosystemic shunt, which decreases liver function and causes toxins to accumulate in the blood.

You may be attracted to a certain dog breed but if you want a low maintenance pet where medical expenses are low, then you need to do some research on which dog breeds are less likely to develop certain health conditions.

Annually, dog owners spend millions of dollars in canine healthcare and if you live a busy lifestyle or you don’t have the proper finances to care for your dog, it might be a good idea to adopt or get a dog that’s known to live healthier lives, such as a Poddle, Pug, or a Russell Terrier.

Among the many breeds of dogs, there’s one suitable for every type of environment and type of owner. If health, care, and possible medical expense are factors that you need to consider, then you must ensure you get your puppy or new dog from a reputable breeder who can give you information about the dog breed you wish to take home.

Dog is our Best Friend 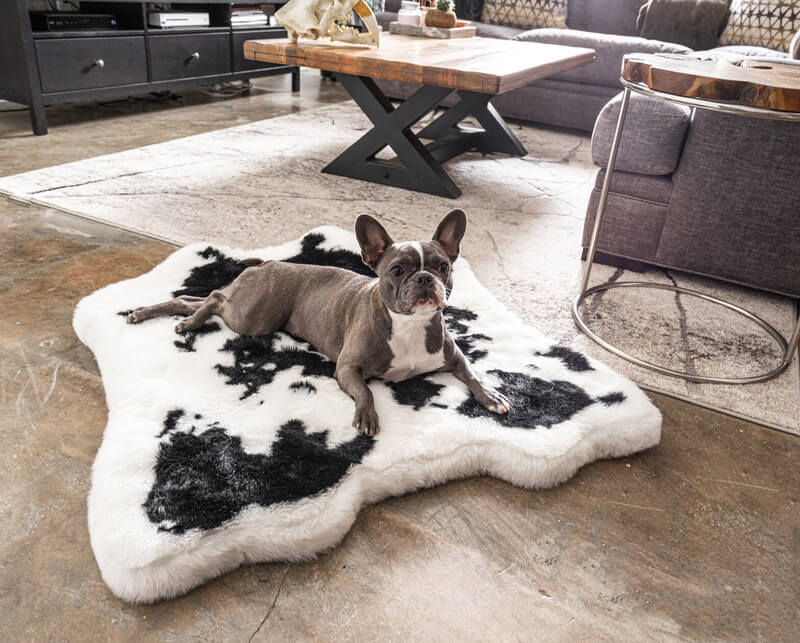 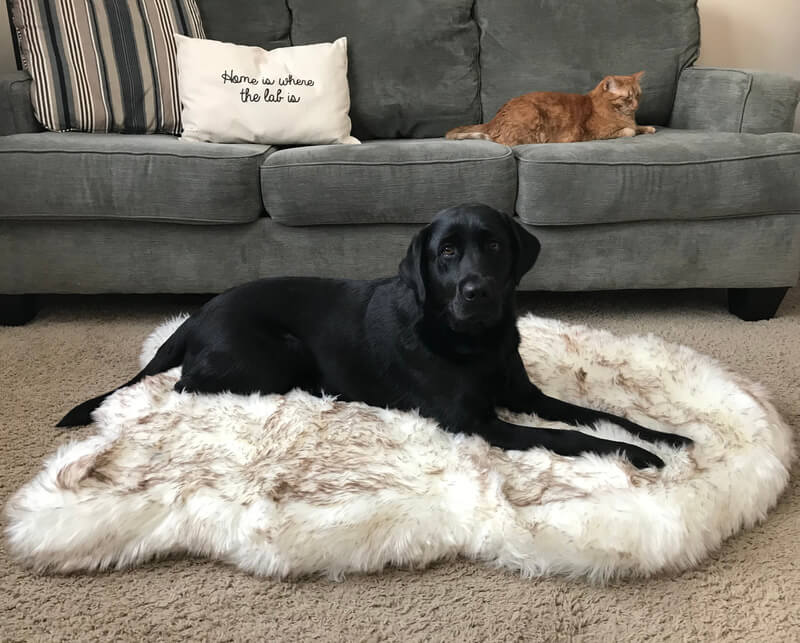